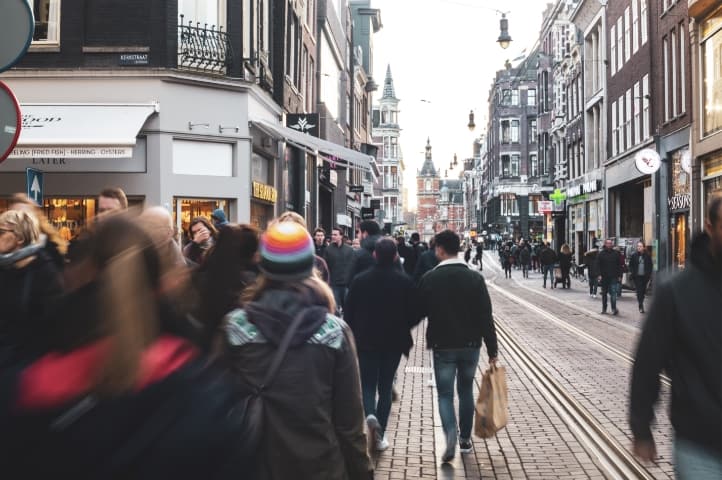 Wordbee Translator is a translation management and linguistic tooling system. We have developed special features for customers in enterprise sectors like retail, life sciences, gaming, tech, and media. Our customers translate millions of words every year with Wordbee, and 10,000 translators login to our system every week. Contact us for more information.

When we think of localization, we think of content. As a matter of fact, content localization is the last stage of a long and arduous process that starts much earlier, with steps that go from planning, product development and marketing to content development. If all these steps are not carefully harmonized, it can lead to unfavourable results.

A Localization Lesson from Hudson’s Bay

Just because we live in the era of globalization, it doesn’t mean that all markets are equal and governed by the same principles and trends. This is the lesson we can learn from the expansion effort of Hudson’s Bay in the Netherlands.

At every major localization conference or workshop of the last few years, the trendy expression is, “Go local, not global.” The story we are about to tell is a story of a company that went global.

In 2017, the Canadian Hudson’s Bay (HBC), one of the oldest department stores in the world, announced its expansion to the Dutch market. In an interview with the Toronto Star newspaper about the expansion efforts, when asked “Why The Netherlands first?” CEO Jerry Storch replied, “There is tremendous affinity between the Dutch and Canadians. You may know that the Canadian army liberated the Netherlands during the Second World War, and additionally that crown princess Juliana of the Netherlands was in exile in Canada during the war and in fact had her daughter in Canada. They declared a wing of the hospital Dutch territory to make sure he was born on Dutch soil.”

He went on to say, “There was an opportunity in the Netherlands to develop a true national department store for the country – it’s a very robust and exciting marketplace.”

To be fair, such interviews never look good in retrospect, and Storch did mention his rationale for there being a “sweet spot in the market.”  Nevertheless, creating a “true national department store” in a foreign country is a massive endeavor.

Reports began to surface in 2018 that something was wrong, and it was not a surprise when, in September 2019, the company issued a press release saying it was going to close all the 15 stores (with a loss of over 1,000 jobs) in the Netherlands by the end of the same year. According to Dutch News, this quite expensive failure (a €80m loss) was due to “poor merchandising choices” and underestimating the existing competition.

Dutch consumers weren’t much aware of the HBC brand. The promotional videos (you can watch one here) were not convincing and motivating enough. The same kind of mid-range products sold by HBC could already be found in other department stores all around the city. The Dutch store Bijenkorf, located at a distance of approximately 200m from HBC, has reinvented itself in the last few years and has become a hotspot for (wealthy) tourists. Even the online retailer Wehkamp, a favourite of Dutch grandmothers for many years, has nowadays a trendier look than HBC.

In retrospect, it’s easy to point the finger at the causes of such a costly failure of a local operation. We at Wordbee are no marketing experts, but we do know a thing or two about the final step of the whole process of entering a foreign market: content localization. For this reason, we’re offering you some pointers to ease you on your way to market expansion.

We are picking on Hudson’s Bay a bit here, because it’s a high profile case. In truth, it happens all the time to businesses of every size across the world.

In this case, during the middle of the expansion efforts, spokeswoman Tiffany Bourré remarked that, “We continue to test new concepts and brands for the Dutch market and our global network of stores.” This is exactly the right approach, although the word “global” sneaking into the quote is troubling.

The issue is that these adjustments to the local market began after the venture was started and Hudson’s Bay was already losing money. As part of your overall strategy, thinking locally from the outset is going to help you get a win.

About a year before HBC closed their Dutch operations, Ms. Bourré remarked in the same story quoted above that, “HBC is committed to the Dutch market for the long term. As we have stated, we plan to open up to 20 stores in the Netherlands.”

We all know that setting expectations is one of the most important parts of any job and for any company. When you approach a new market, even if you avoid the pitfalls of the going local endeavor, you might not have immediate success.

In some respects, it’s like opening up any other business. You may need enough cash and determination to persevere for some time before your business takes off.

Select a localization partner and make it a business partner. Language expertise is vital to ensure that communication in one or more foreign language markets is going to be effective, efficient and compliant. Some LSPs also offer all-round services, from translation and localization to transcription, transcreation, multilingual content management, multilingual SEO etc. They can facilitate every aspect of verbal communication, while never losing sight of the multicultural components.

For more on multicultural aspects, refer to our article on the best resources on localization.

English might be the most-taught foreign language, but it’s definitely not the language with the most speakers. In fact, according to the 2019 edition of Ethnologue, Chinese takes the first place with 918m speakers, followed by Spanish (480m).

In some cases, language is a very important element of national identity. While the Dutch see themselves as citizens of the world, like to mix Dutch and English and are very direct in expressing their opinion, the Japanese language is considered a reflection of the Japanese people; and in France, the Académie française battles to protect the French language from the intrusion of English terms.

You might have heard the quote by former German Chancellor Willy Brandt: “If I’m selling to you, I speak your language. If I’m buying, dann müssen Sie Deutsch sprechen!” Your localization strategy is a reflection of your marketing strategy: It means you’re willing to talk - and most importantly - to listen to your target audience(s).

Just to give you some successful examples: Apple’s website is translated into some 130 languages, Google some 149. The Jehova’s Witnesses website boasts 1006 languages, while the Vatican a meager 10.

Translation can be expensive, and rightly so, because it is a communication essential. You might go through a few options, though, that may help you manage your localization budget wisely.

For example, for important documents nothing beats a translation done by a professional translator. On the other hand, for perishable documents (like blog articles, user-generated content and other volatile or short-term communications), machine translation with or without post-editing is a fast and cost-efficient solution. For more on this, refer to A Machine Translation Checklist for New Users.

Focus on the information your target users need the most. For a catalog or website translation, for example, you might want to arrange for shorter or revised versions. The sections containing information about customer support or contact details of a sales representative should be relevant to the appropriate geographic locale.

Technical documentation might require ancillary materials. For example, when preparing user’s documentation you might also have to translate warning labels; the same goes for messages in software user interfaces. For more on this, refer to Setting up your source files for translation.

Don’t forget that images are sensitive content. Try to avoid images of hand symbols, gestures, and body parts, as well as religious symbols and icons, flags and images with a potentially political meaning.

It is never too much to remind that the hand sign made meant to say “I love you” (pinkie, forefinger, thumb) in the US might be interpreted as an offensive gesture in Italy and the same goes with the OK sign in Brazil.

The power of a localized product name

Product naming is an essential component of the branding process and it is also strongly related to your company’s marketing activities (brand image, positioning, logo, packaging ecc.)

John Travolta and Samuel L. Jackson in Pulp Fiction remind us of the importance of adapting and naming products for a local market: McDonald’s Quarter Pounder is adapted in France, Belgium and Cyprus to include cheese as standard and is named Royal Cheese. In Germany it is known as a Hamburger Royal TS (“Tomate und Salat”). In Russia it is called Grand Cheeseburger. Finally, in French-speaking Canada Quarter Pounder has become Quart de livre.

So, again naming and branding research on the new market will help you save face or even come up with a winning alternative, one that tells the story of your company and its values.

A word on transliteration

In the case of non-Western languages, watch out for transliteration of your product names. Transliteration means that a word written in the Latin alphabet is transposed in another, for example the Chinese ideograms. This means also that if a word has no meaning in the source language, it won’t have any meaning in the target language.

Unless your product is called Coca Cola.

The story goes that when Coca-Cola first entered the Chinese market, it had no official representation of its name in Mandarin. While Coca-Cola was searching for a satisfactory combination of ideograms to represent the product name, Chinese sellers created shop signs by combining characters that sounded like “ko-ka-ko-la” but that also meant “bite the wax tadpole”.

In conclusion, localization is not a science. It’s made of trials and errors. For this reason, we advise you to measure and monitor your localization plans with selected KPIs.