Localize your translation files on the go with Beebox and Github 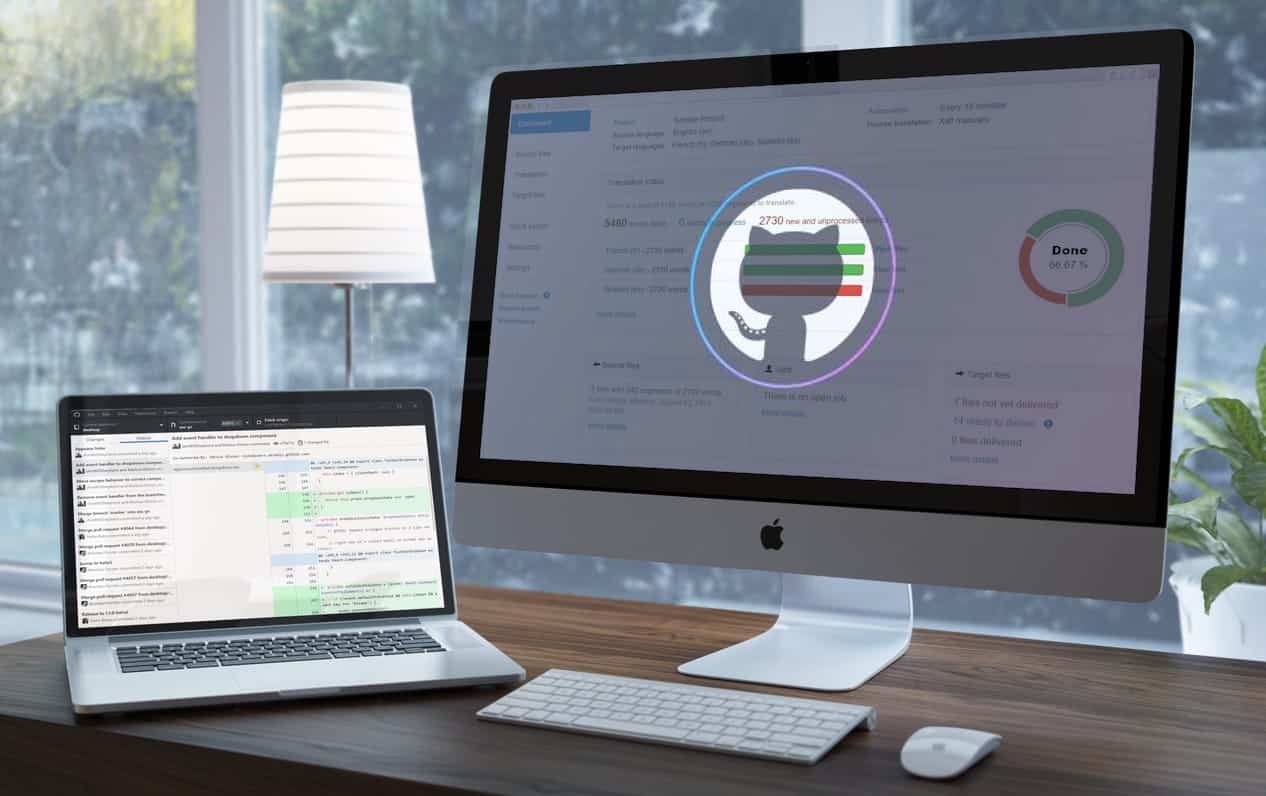 Nowadays localization gets more and more integrated into projects, and it’s crucial that development and localization members stay synchronized throughout the whole translation project. In this article we will see on how Git can be used with Wordbee Beebox.

If you don’t know how Git works, stay with me. Otherwise jump to next section of the article.

Git is a free, open-source distributed version control system designed to handle everything from small to very large projects with speed and efficiency. It was designed by Linus Torvalds, the creators of Linux. Git tracks changes to source code for multiple users, allowing the sharing of the same codebase to other team members easily.

Let me break it down and explain some of the key wording:

Repositories: A repository is similar to a folder for projects. The project’s repository contains all of the project’s files and stores each file’s amendment history. Worked projects can be commented on and managed within the repository. Code repositories are only reliable if they are continually kept up to date with committing. Therefore, commits consist mostly of small changes rather than big, heavy fixes.

Git Branches: Let’s take a step back to understand how Git does branching and examine how Git stores its data in the first place.

Git does not store data as a series of changesets or differences, but rather as a series of snapshots. Git stores a commit object that contains a pointer to the snapshot of the content you staged. This object also contains the author’s name and email address, the message that you typed, and pointers to the commit or commits that directly came before this commit (its parent or parents).

Branching or branch out: In revision control and software configuration management, you can duplicate an object that’s under revision (such as a source code file or a directory tree) so that modifications can happen in parallel along both branches.

Follow this link if you want to know more about Git and learn about push and pull requests, staging, and tagging.

As we know by now, Git can track changes to any text file (not only source code), so it may be used also to maintain text-based documentation files and translation files.

But how does that work with Wordbee?

How to integrate Git and Beebox

Take a look at this guide about file copy and hot folders to understand the settings and customize your setup.

As every integration is different depending of the operation of your software, you can integrate Beebox hot folders with your Git source control system. First, you will need to create a Beebox project and configure the parsers according to the source code you use and then enable the file to change detection for automation.

Commit and push your translation code, or use it immediately. Once processed, the translated files are generated into the Beebox output folder.

You can also register your Git repository in this folder to push your content back to another branch, for example by manually copying the files or automatically using a script triggered via Windows Scheduler.

Please visit this how-to guide to use Beebox with Git repositories.

Oops! We could not locate your form.

Isabela Massardo has worked in the translation industry since 1988 as a translator, trainer and writer. She writes regularly on topics relevant to the business of translation, with focus on technology and innovation. She co-authored the TAUS Translation Technology Landscape Report (2016) and The Future of the Translation Industry in 2022 (2017). Isabella is a ECQA-certified terminology Manager. She holds a master’s degree in Russian Language and Literature from the University of Parma, Italy.
- Panel discussion: 21st Century Translation Technology trends - From 16:15 - 17:00

Wordbee S.A. is the software publisher of the online Translation Management platform and Translation editor, Wordbee Translator. This web platform based on the SaaS model, enables localization and translation professionals to centralize and manage their translation processes and data from A to Z.

José Vega is the co-founder of Wordbee. He is a senior in information technologies and computational linguistics with a professional experience of more than 30 years in a variety of projects and applications in information management, man-machine interfaces and language engineering. During his career José has occupied upper management positions in different European companies. At Wordbee, José leads the company with great enthusiasm while taking an innovative business development approach in the field of translation technologies. He develops strategic partnerships with global companies, with focus on Asia and the US. José was appointed as advisory expert for different national & European R&D programs.

Wordbee S.A. is the software publisher of the online Translation Management platform and Translation editor, Wordbee Translator. This web platform based on the SaaS model, enables localization and translation professionals to centralize and manage their translation processes and data from A to Z.
- Workshop - Financial Management in your TMS - From 14:15 - 15:00
- Training - Everything you were afraid to ask about the New Editor. From 16:15 - 17:00

Wordbee S.A. is the software publisher of the online Translation Management platform and Translation editor, Wordbee Translator. This web platform based on the SaaS model, enables localization and translation professionals to centralize and manage their translation processes and data from A to Z.
- Spolight Session - Beebox, Best practices, Success stories. From 14:15 - 15:00